One of Joel's old friends

I know, you've been wondering when another mystery close-up might appear.  Well, here you go!  (Highly magnified microscope view is below.) 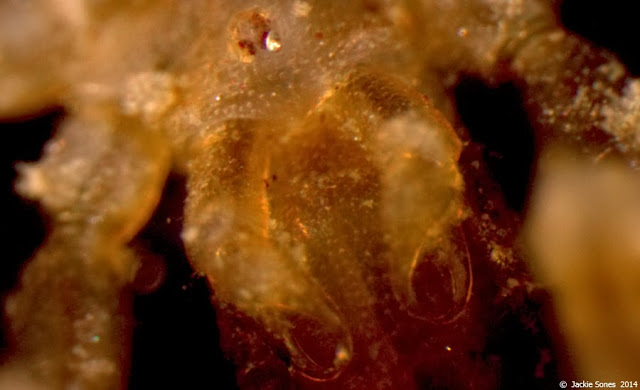 I'll pull back a little to let you see more of the animal: 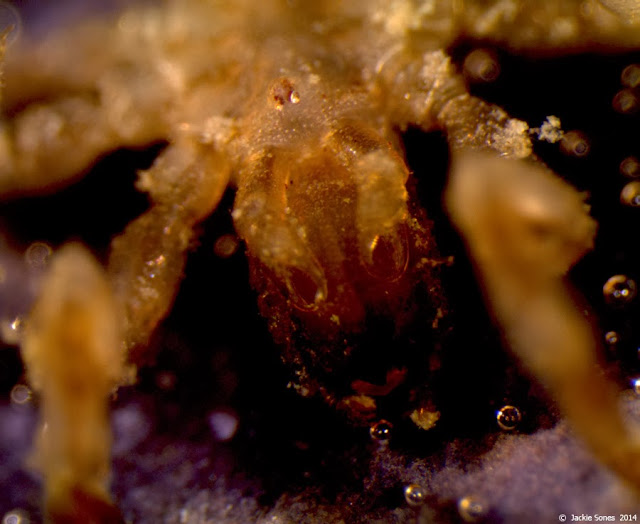 Yes, those are eyes near the top of the photo.  There are four eyes (although not all of them are in view) and they're located on an "ocular tubercle."  And yes, those are "claws," formally called chelae, in front of the eyes.

Do you have a guess?

(Warning: The next picture may give the answer away.) 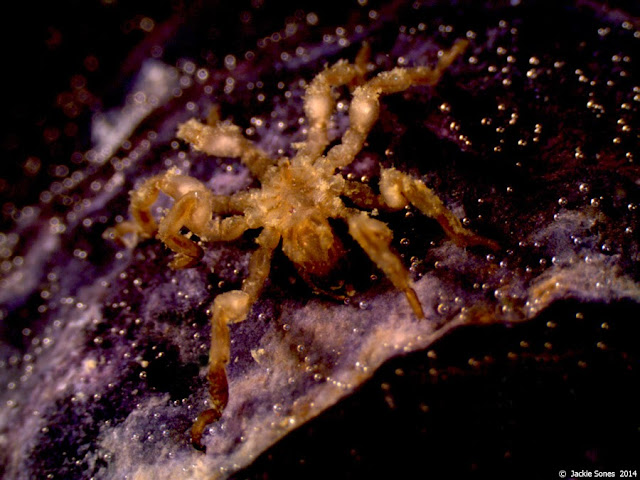 This is a sea spider, or pycnogonid, called Achelia chelata.  It was ~5 mm across.  It was fun that Eric found it in Bodega Bay as there's another local connection for this species — Joel Hedgpeth, a long-time Santa Rosa resident, re-described it in 1940!  (See Joel's drawing below, and compare it with the second picture of this post.  Once again, note the prominent chelae, or claws.  They're an important feature for identifying this species of sea spider.) 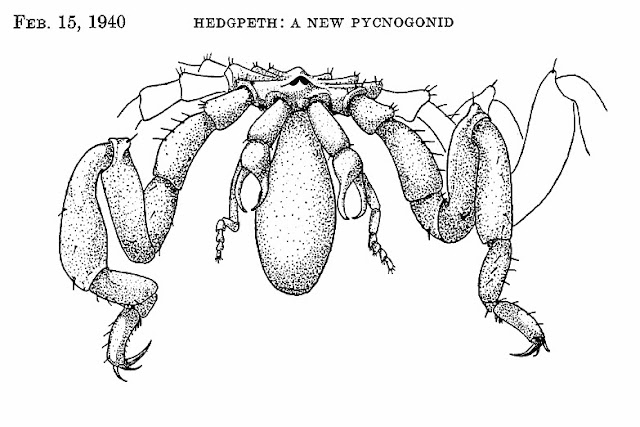 This record is also interesting in that it sounds like this species of sea spider is relatively uncommon.

Here's a view of Achelia chelata from above, as well as another comparative drawing from Joel's paper: 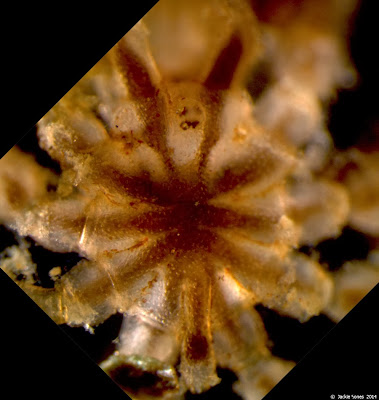 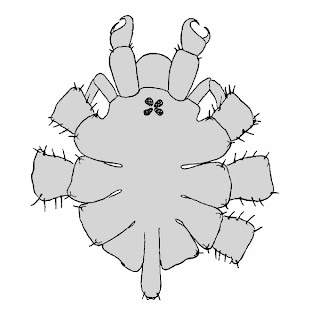 And one more thing that I learned about sea spiders from the encounter with this species.  While trying to identify it, I noticed that one of the leg segments (on each of the legs) was quite swollen and pale (see third photo of post above).

So I zoomed in for a closer view: 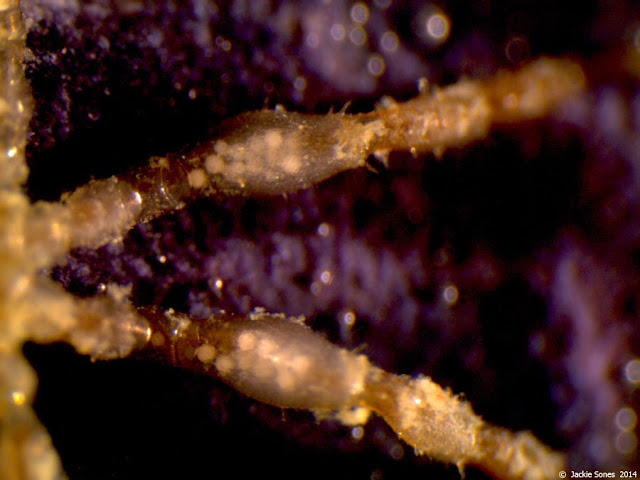 Can you see the little white dots in the swollen segment?  Can you guess what they are?

Here's an even closer view.  The answer is below the next image. 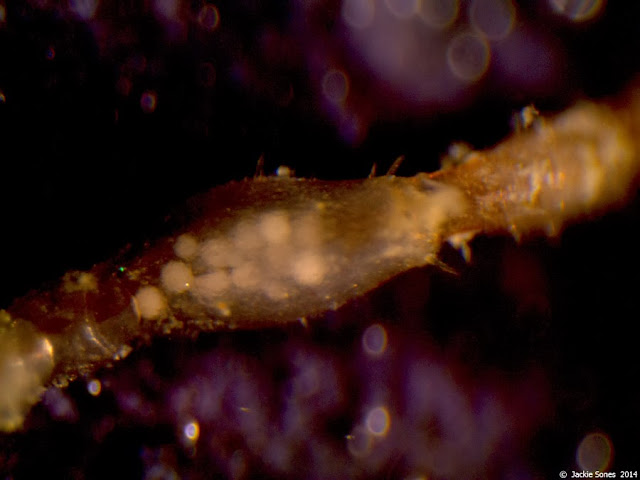 Eggs!  Sea spiders have very small, thin bodies, so a portion of their gonads extends into their legs.  In females, the eggs develop in the legs!  Eventually they will be extruded through a pore (on the legs) and then fertilized and gathered by a male who will then carry the cluster of eggs and brood them until they hatch.  I had known about male parental care in sea spiders, but was not aware that the eggs developed in the female's legs!

What fun to discover another local connection to Joel Hedgpeth, to document a new location for this species, and to learn a fascinating fact about the biology of sea spiders!

Wow. In her legs?! Is there anyother animal on earth (had to include the qualifier "on earth") that holds her developing embryos inside her appendages?

Eggs in her legs! That was an alternative title for this post, but then it would have given the answer away. I don't know if any other animals hold their eggs in their legs. A great question, and one that makes your mind wander through the animal kingdom, looking for an answer.