We were walking Salmon Creek Beach on 26 April 2015, and Eric said, "What is this?"  When Eric asks that question, I know it's going to be something interesting.  I bent over to look at what he had noticed washed up in the wrack line, and I couldn't believe it.  I'd been wanting to see one, but I didn't think the chances were very good in northern California.  I had seen pictures of it online and in books.  It's a very distinctive animal, and easy to identify once you know what to look for — I was just surprised to see one!  I also warned him right away to be careful, as its sting can be very potent — it's related to a Portuguese Man O' War.

Here's what he found: 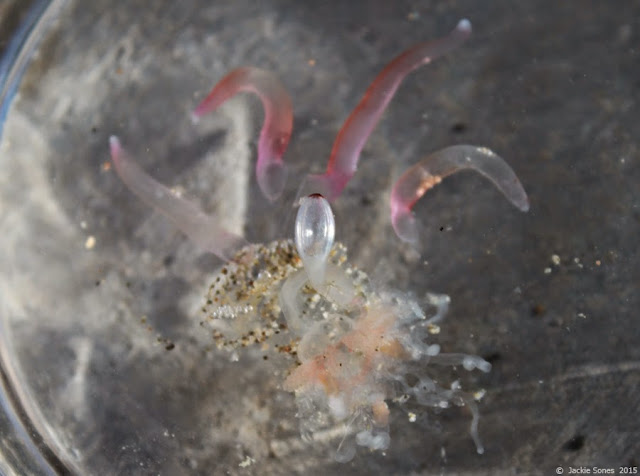 This is Physophora hydrostatica, sometimes called a "Hula Skirt Siphonophore."  It was in rough shape after being washed up on the beach, but most of its parts were still visible.

In the photo above, you probably noticed the pneumatophore, or float, with the dark red pigment patch.  And the wonderful tentacle-like palpons — pink and orange in color with white tips.  The palpons had become detached, but I arranged them so you could visualize their position.  Normally there are many more palpons in a full whirl — hanging like a skirt, which gives this siphonophore its informal common name. 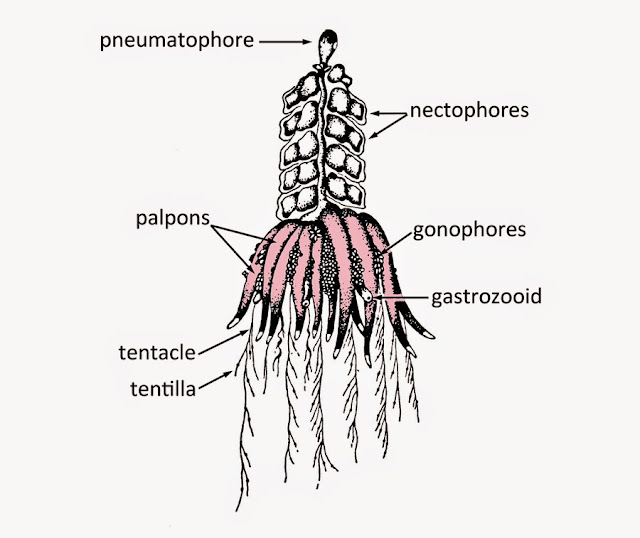 Modified from A Synopsis of the Siphonophora (Totton 1965)

The pneumatophore helps with buoyancy.  The palpons are defensive (beware of powerful stings!).  The nectophores are swimming bells — they were missing on this specimen, probably dislodged in the surf.  Gonophores are reproductive structures, whereas gastrozooids are involved with feeding.  The tentacles support smaller tentilla with capsules that contain cnidobands (see below).

Here's what one of the palpons looked like on the beach: 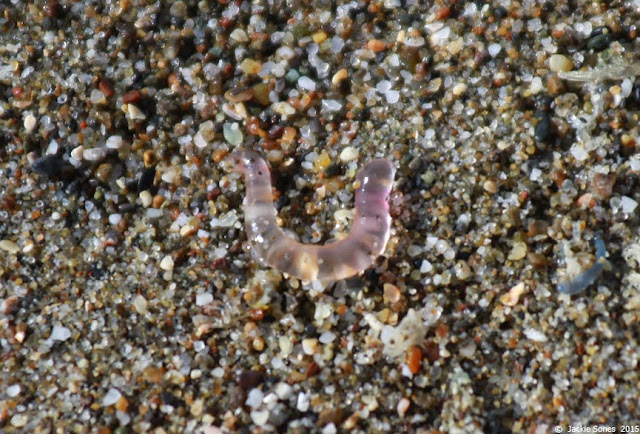 And below are two pictures of the siphonophore in a small bowl of water — showing all of the various parts and a close-up of the separated palpons. 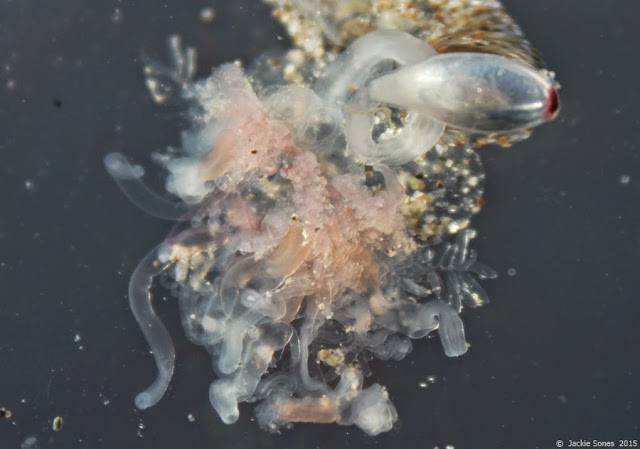 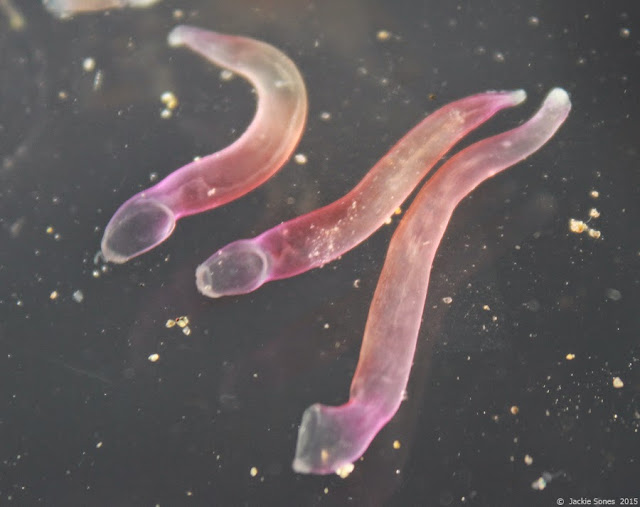 Because this is the first time we've seen this species here, I also took a few pictures under the microscope for documentation.  In the first image (below), you can see the gonophores (the grape-like clusters), and above them is the area where the palpons would have been attached. 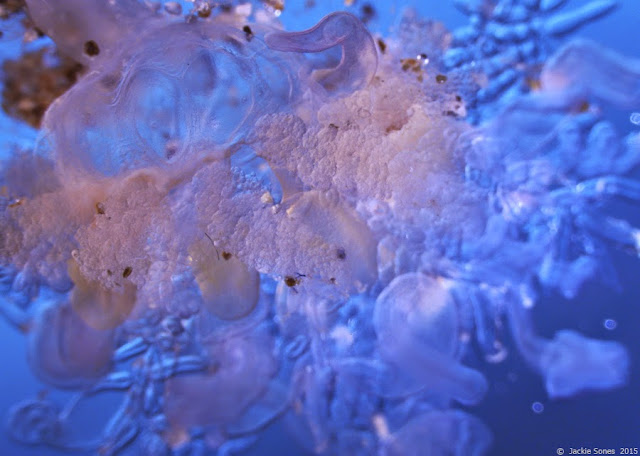 The next image is a close-up of the tentilla with tightly coiled cnidobands — they contain cnidocytes that will fire nematocysts to capture prey. 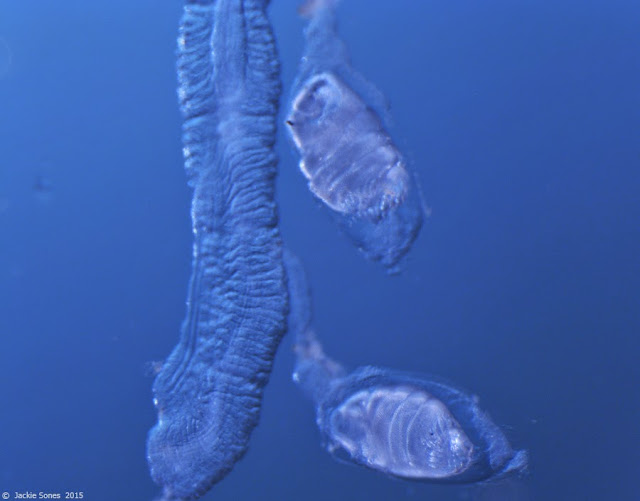 As far as I can tell, Physophora hydrostatica is uncommon in northern California.  And it usually occurs in deep water — 700-1,000 meters — so finding it near the surface or on the beach is probably unusual.

I found one useful video of Physophora swimming.  It's very helpful to watch the swimming behavior and to see the nectophores (swimming bells) in action!

P.S.  Many thanks to Phil Pugh for helping to evaluate Physophora hydrostatica distribution and abundance in central and northern California.

ALOHA!!!! We and the cnidarians of Hawaii are very impressed and excited about your finding!

One question though:
Did it communicate to you through dance?