Crossed at the tip

I heard and then saw a Red Crossbill (Loxia curvirostra) near the Ren Brown Gallery in Bodega Bay today (14 December 2017).

The crossbill was at the very top of a very tall pine tree, but I managed a few pictures for the record.  Look for the distinctive crossed bill (the upper and lower mandibles cross near the tip), the red and yellow coloration, and the notched tail. 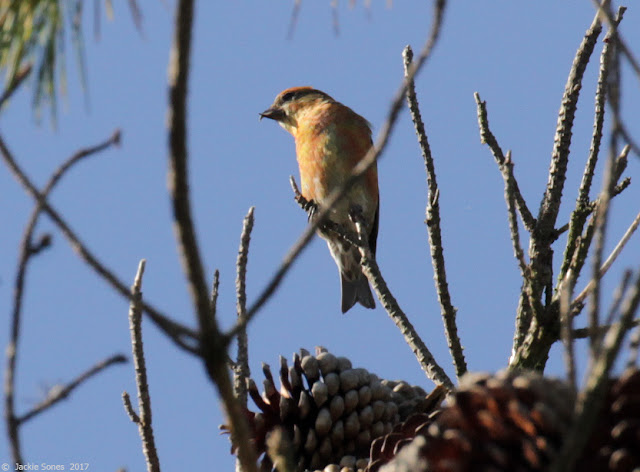 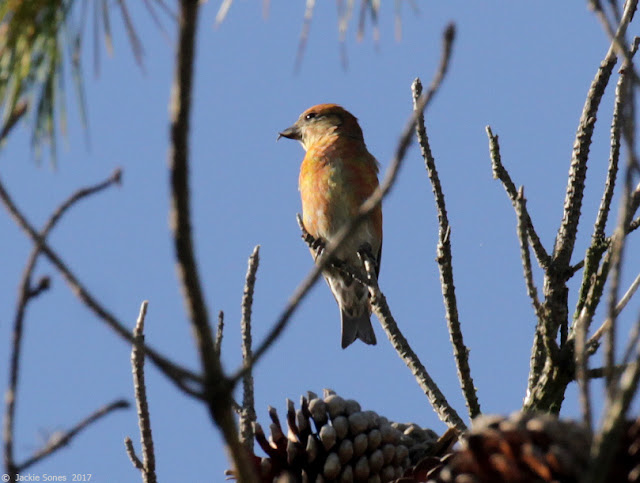 I first wrote about Red Crossbills on 9 December 2012, so review the post called "Nomads" for an introduction to this interesting nomadic finch.

P.S.  I was intrigued by the genus name "Loxia."  It sounds like it might be derived from a Latin word meaning "dislocation."  So I'm guessing that term refers to the unusual crossed bill.

P.P.S.  For anyone interested in call types of Red Crossbills — in the earlier post, I recorded the crossbills and they were identified as Type 3 Red Crossbills.  The bird today sounded similar.