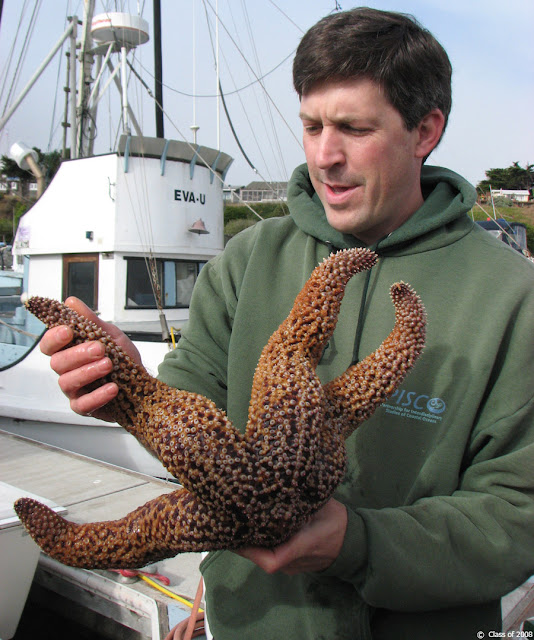 The species name, giganteus, refers to the size.  Each ray or arm of this seastar can be more than 30 cm (12 inches) long!  The individual in this photo measured >70 cm (27.5 inches) across from tip to tip! 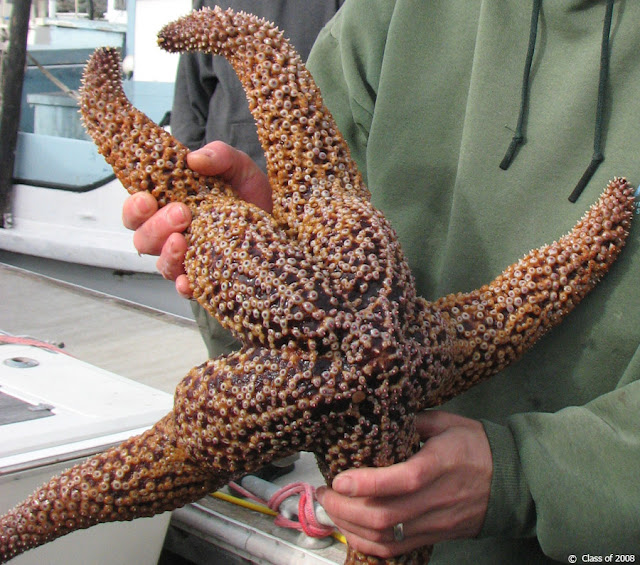 Compared to the more common Ochre Seastar, the spines of the Giant Seastar are less numerous, longer, and more uniformly distributed across the upper surface (rather than being clustered or forming patterns).  The spines may be white, pink, violet, or blue. There is often a blue ring around the base of each spine (not as visible in these images). 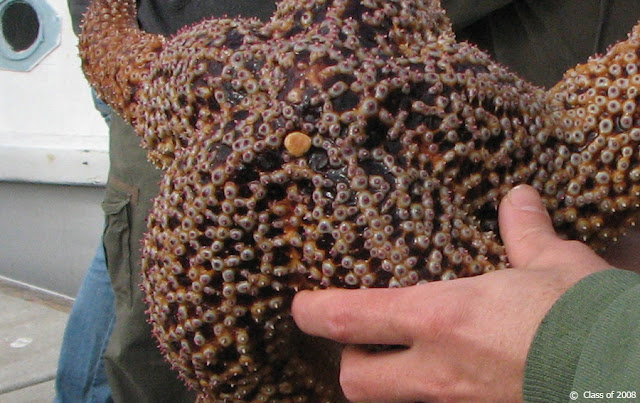 All of these photos were taken at the Spud Point Marina in June 2008. 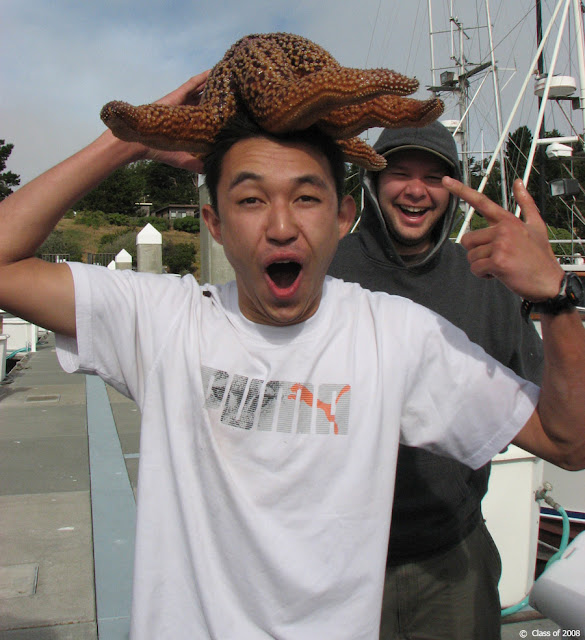 For some reason, students have a tendency to put seastars on their heads.

I'm wondering if Chris had the same expression on his face tonight when the Giants won Game 7?

A giant win for San Francisco!

Hey I remember these pictures!! :)