A pleasant start to the evening

Driving along the Bodega Highway at the end of the day, we spotted this bird on a wire near the Freestone-Valley Ford Road: 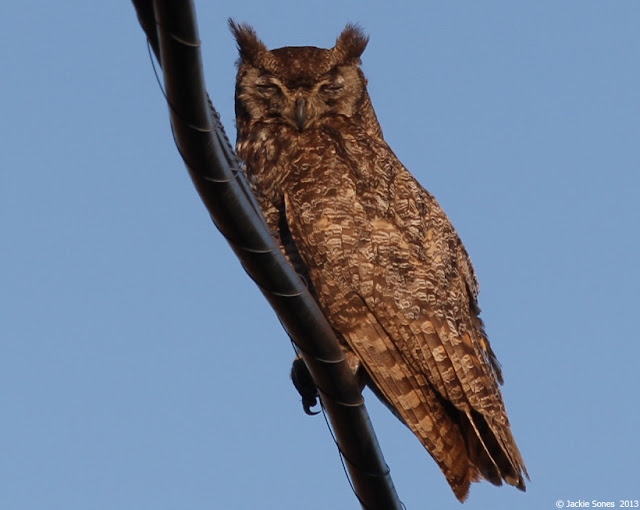 At the time we were surprised to see this Great Horned Owl (Bubo virginianus) as it seemed early for it to be out and about.  We decided to stop for a few pictures, since opportunities to take photos of nocturnal owls in daylight conditions are rare. 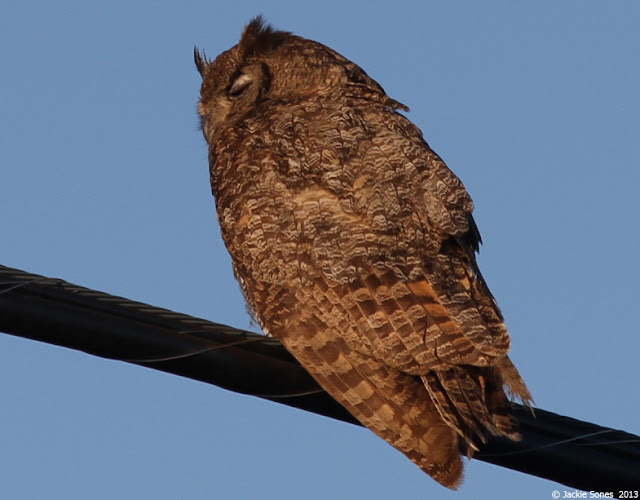 Eventually I moved to the other side for a different angle: 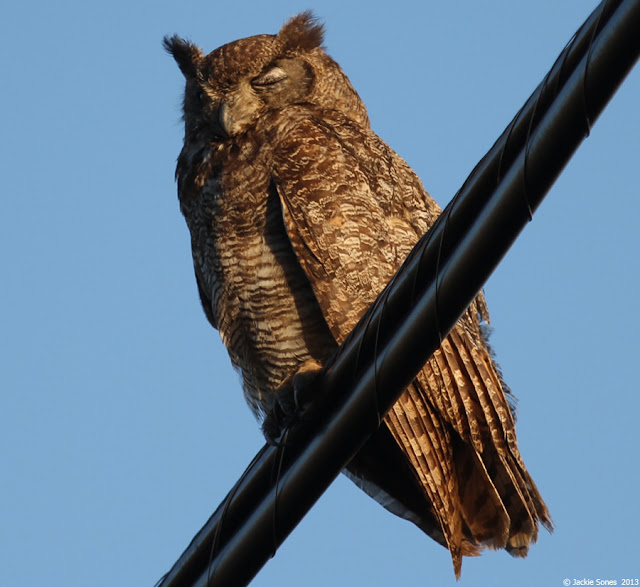 The owl had its eyes mostly closed until just before we were about to leave.  It opened its eyes wider to look at a nearby car (see below), and then closed its eyes again. 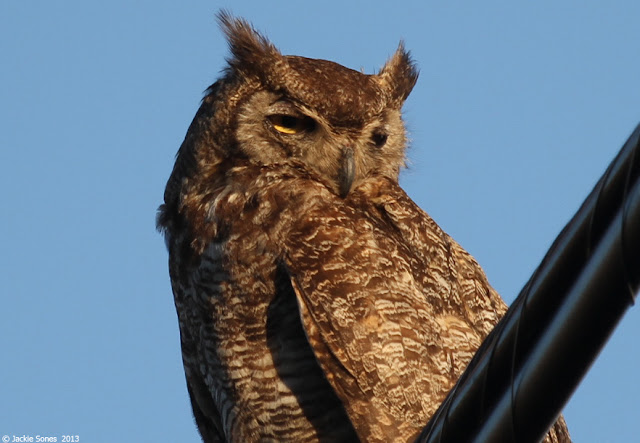 Remember that although the "horns" or ear-tufts are dramatic and prominent, they are not true ears.  The openings to the ears are hidden.  They are long and narrow and run along the sides of the facial disc — you can visualize the left one running parallel to the dark, crescent-shaped border of the face in the picture above.

I'm not sure if this owl was sleepy, or if it was sunbathing?  But either way, it was nice to see its beautiful feathers, and to think about how it was starting its evening.

Hi Jackie,
I passed by this owl at 11:50 am on my out to Bodega Bay. I've never seena Great Horned Owl sitting on a wire in the open before. There were treeson the other side of the road that it could have used instead.