It started when I noticed a relatively large yellowish moth on the steps: 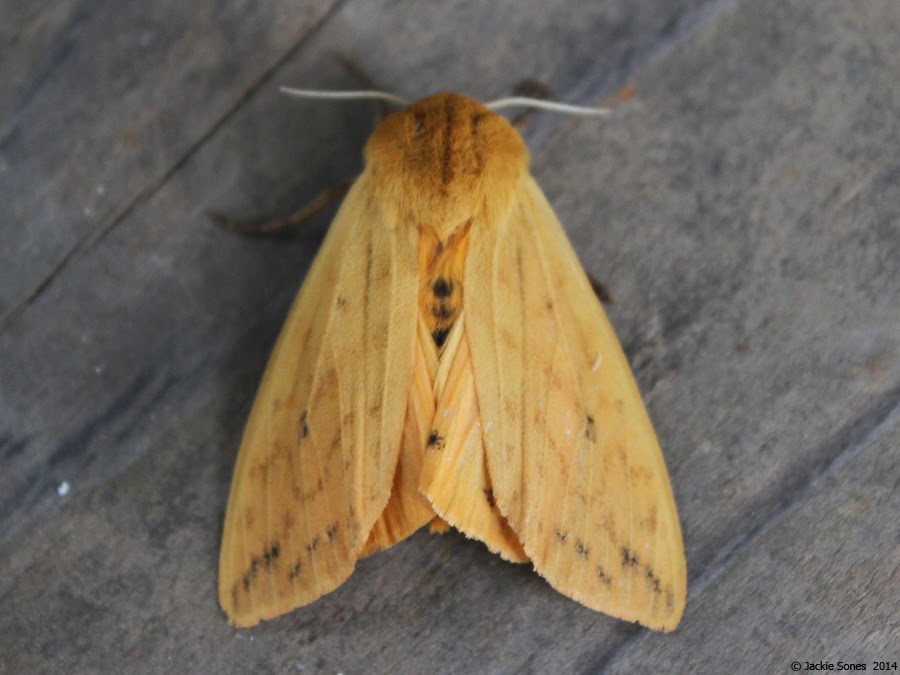 I let her crawl onto my finger so that I could move her out of harm's way.  The view from the side was impressive!  Look at those colors and overall fuzziness! 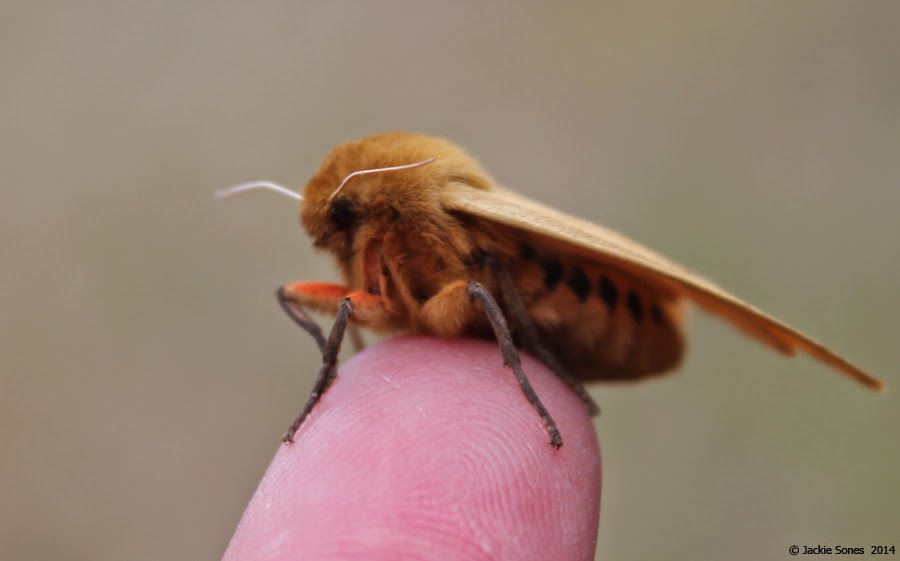 Here's a different angle, highlighting the orange-red color at the base of the front legs: 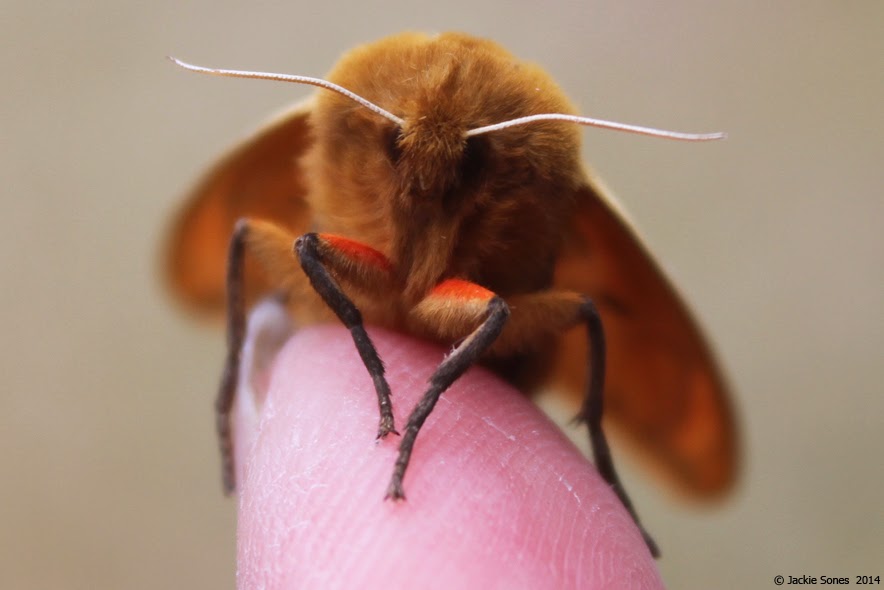 Do you recognize this moth?  It's an Isabella Tiger Moth (Pyrrharctia isabella), photographed in Bodega Bay on 1 June 2014.

[I'll pause here just to say that on the West Coast the common name of the caterpillar is a little confusing in that there is another caterpillar that's also called a Woolly Bear.  I wrote about this briefly in an earlier post on 28 March 2012 which includes a picture of the "other" Woolly Bear.]

I can't resist showing one more image.  Here's looking at you, Izzy! 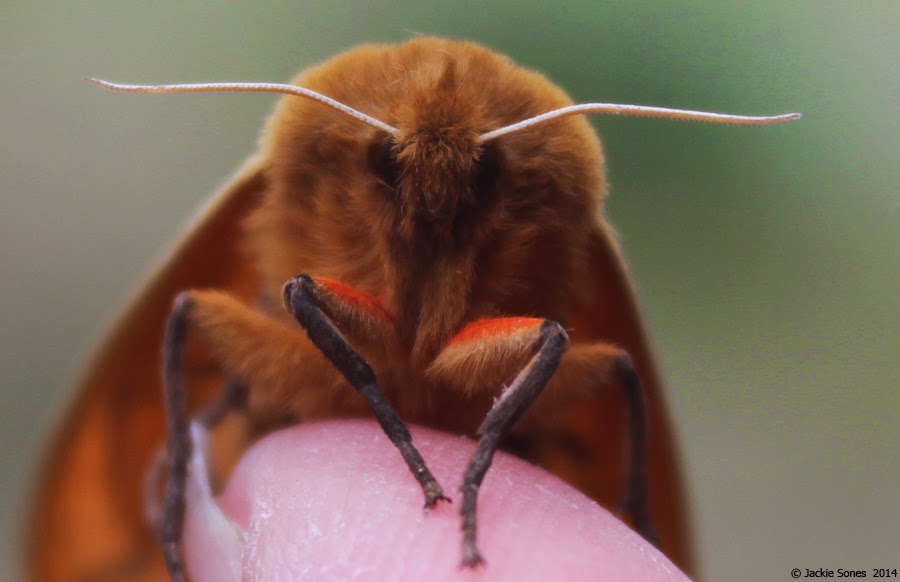 P.S.  It sounds like "isabella" refers to the moth's color — a pale cream-brown or parchment color, according to Wikipedia.