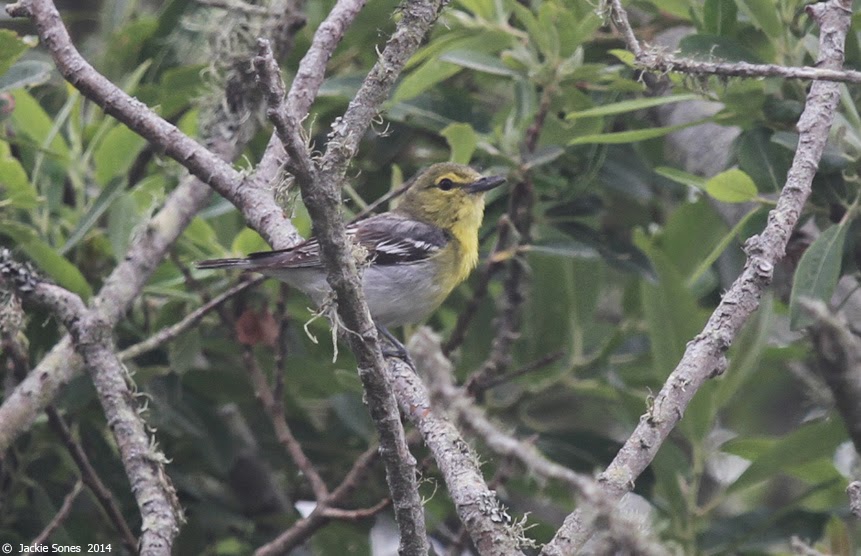 Note the yellow throat and yellow "spectacles" around the eye: 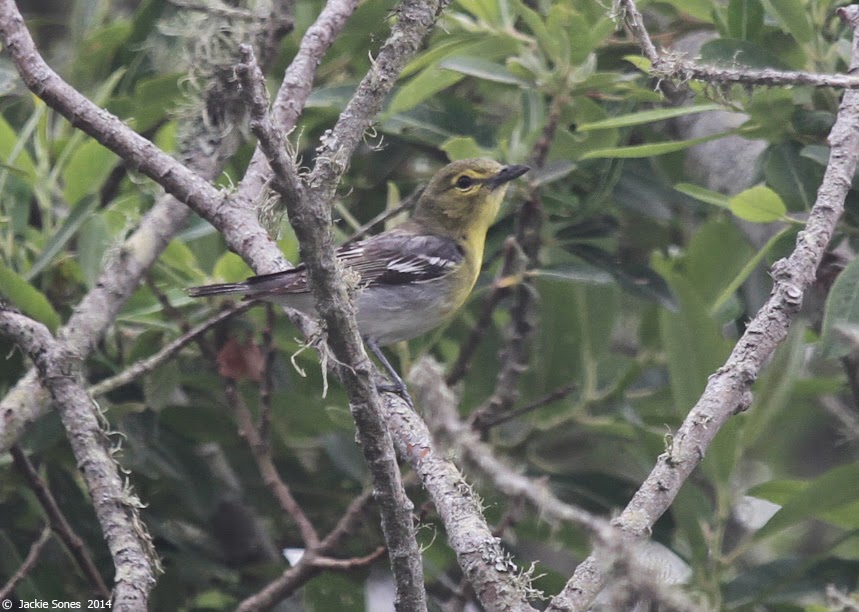 At times this bird was singing loudly: 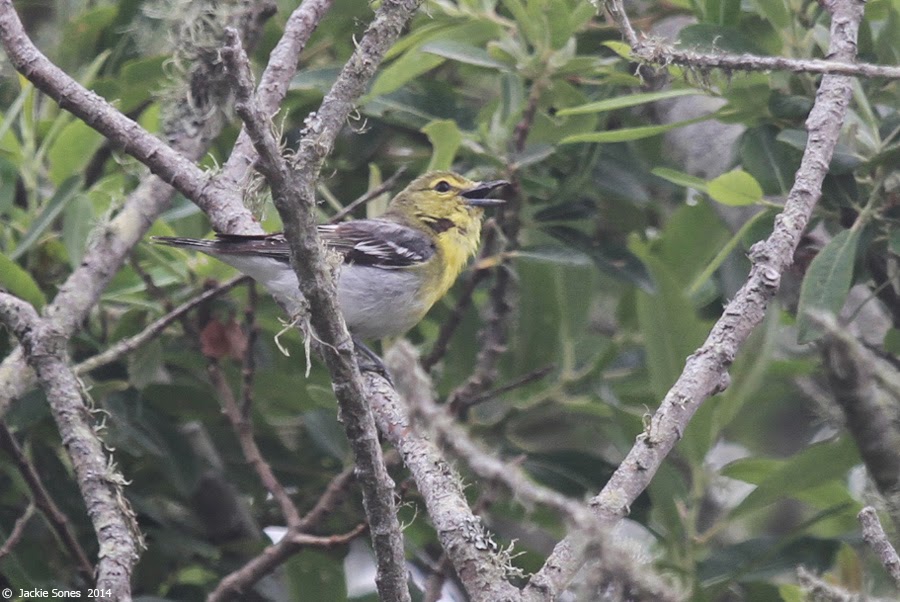 I'm including two audio recordings below.  This is the first time I've recorded a bird singing with my camera.  The quality isn't the best (you can hear some background camera noise), but if you want to listen to examples of a Yellow-throated Vireo singing on Bodega Head, here you go!


P.S.  The individual phrases in the song are written out in various ways, such as ahweeo, eeyay, ayo, away, oweeah, eeoway — see if you think they match the sounds above.
Posted by Jackie Sones at 10:00 PM