A couple of days ago, Skip commented that Mars was probably in the picture I posted of Jupiter, Venus, and the Moon.  He was right, so I thought I'd try again — and this time, to take a picture highlighting Mars.

Here's the first attempt (taken on 14 October 2015). Venus is at the top (the brightest), Jupiter is at the bottom (second brightest), and Mars is just above Jupiter.  It's small and reddish in color, so harder to see.  Can you find it? Here's the same picture with an arrow pointing to Mars: 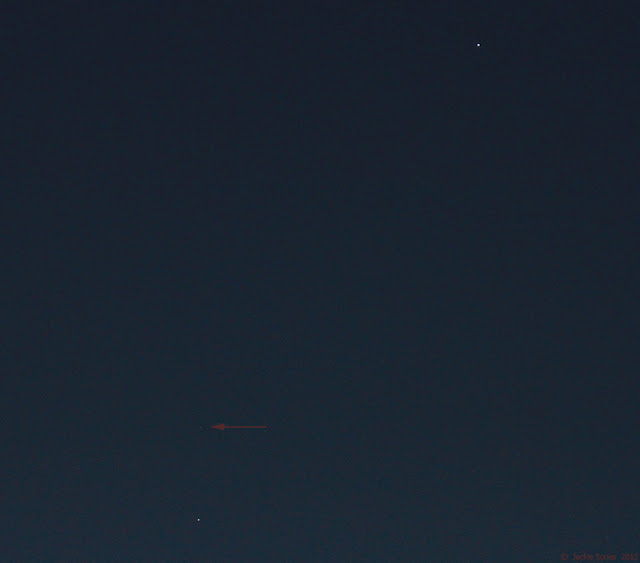 And so you can see it better (and find it yourself in the morning sky), here's a close-up of Jupiter (bottom) and Mars (top).  [Mars is very easy to see with binoculars and is distinctly red.] 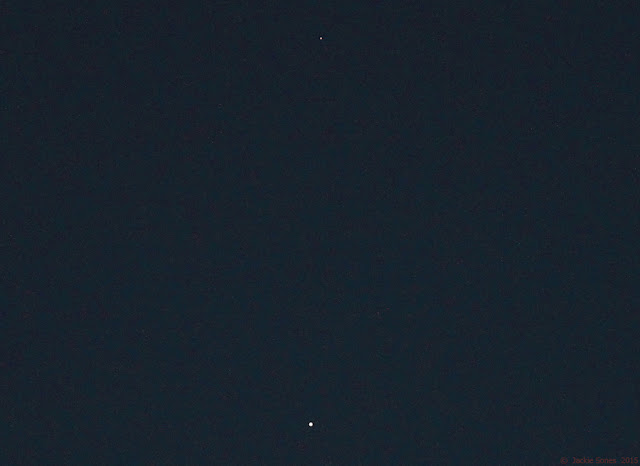 - Jupiter and Mars will be in conjunction (at the same latitude when viewed from Earth) on October 17th — the closest they'll be to each other until January 2018.

- And then Jupiter will continue moving towards Venus, and will be in conjunction with Venus on October 26th.

Watch for this "planetary dance" in the eastern sky just before sunrise.
Posted by Jackie Sones at 9:00 PM