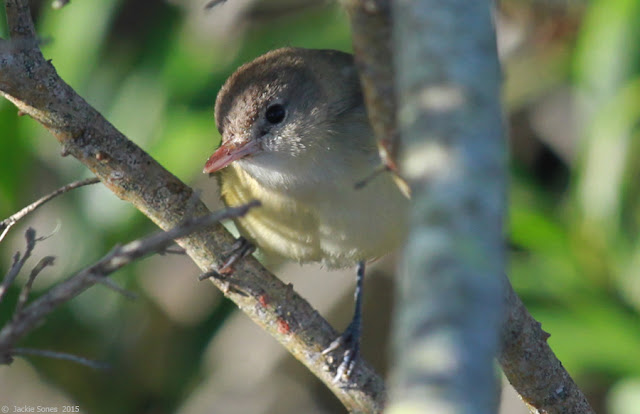 Bell's Vireo (Vireo bellii), at Campbell Cove on 4 October 2015.  This is the first record for this species in Sonoma County.

Gene Hunn spotted this bird on 2 October 2015, so I felt lucky that it was still there today.

The next picture shows the green coloration above.  Although there isn't much in the picture for scale, note that this vireo is small — ~4.75 inches (120 mm) long.  [The Birds of North America account mentions that Bell's Vireos are sometimes called "greenlets" — probably due to their greenish coloration and small size.] 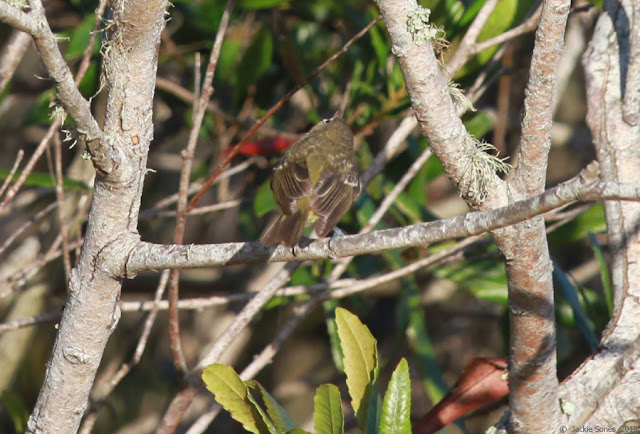 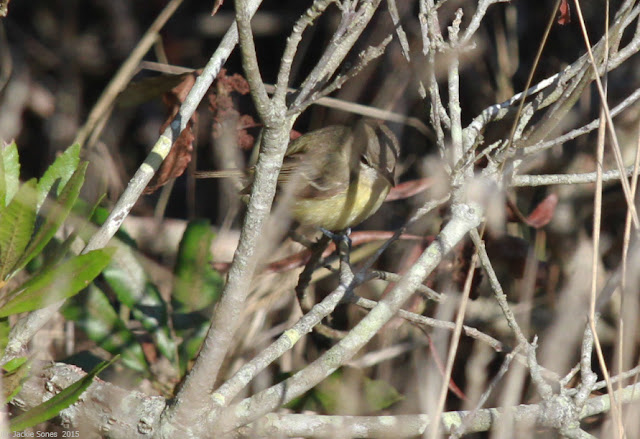 There is a narrow white eye ring and a pale stripe above the lores (between the eye and the bill), giving the appearance of "spectacles" from certain angles: 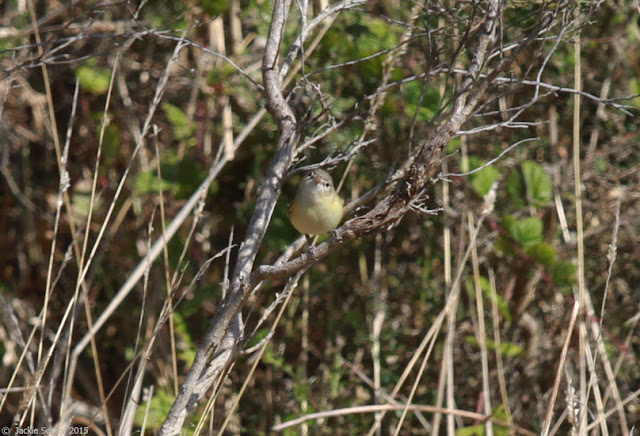 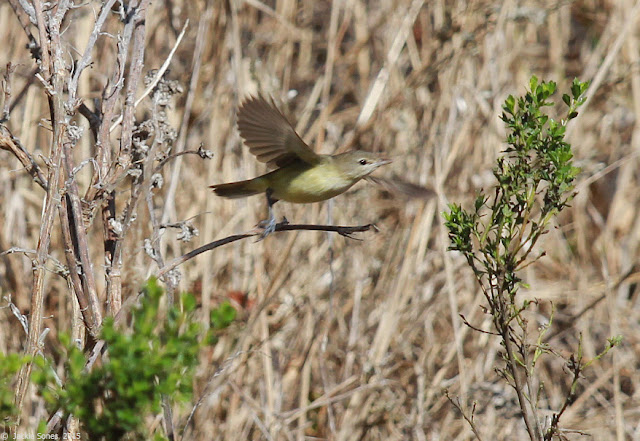 What a nice way to be welcomed back to California!