Deep among the branches of a kelp holdfast, Eric spotted the arms of this small sea star.  These pictures were taken under a microscope.  The entire sea star was ~15 mm across. 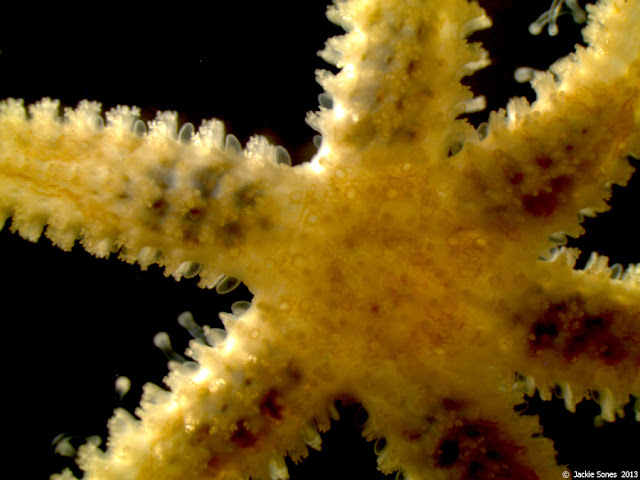 It was interesting to find a Six-armed Sea Star (Leptasterias sp.) in kelp washed ashore on Salmon Creek Beach.  This species used to be common on Bodega Head, but the local population declined significantly during the past couple of years to the point where it is now very difficult to find one.  Because Bodega Head is surrounded by sand to the north (Salmon Creek Beach) and south (Doran Beach), the rocky portion of the headland is like an island.  Six-armed Sea Stars lack a planktonic swimming stage, but they may repopulate by rafting in on algae drifting along the coast.

Here are a few more fun images.  Each one is a closer view of the upper surface of one of the sea star's arms. 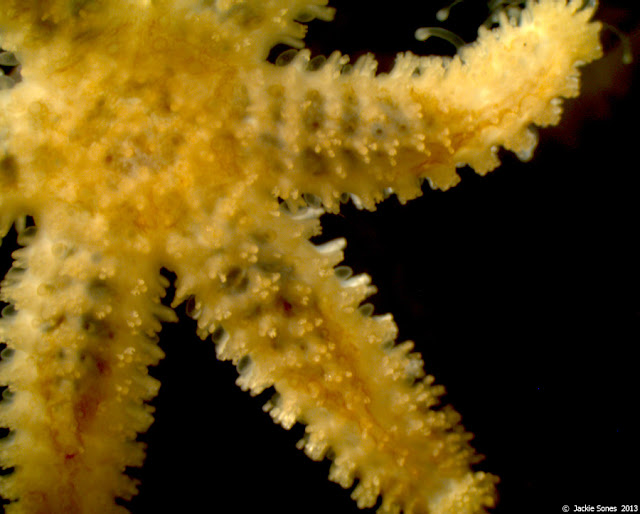 In the next photo, you can see isolated clusters scattered across the surface, each consisting of a spine (it looks rounded and grainy in texture) surrounded by two to four tiny, scissor-like pincers called pedicellariae. 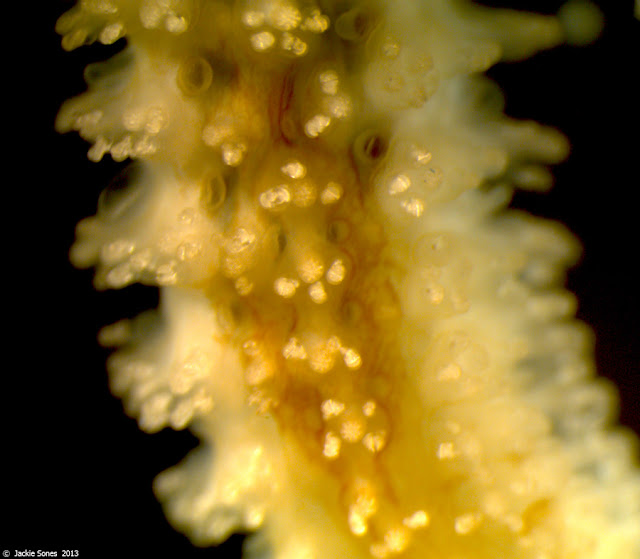 Although not well studied, it's thought that the pedicellariae are used for defense — preventing algae and invertebrates from settling and growing on the surface of the sea star.  They're quite active, opening and closing like little jaws.  In the image below, one arrow points to an open pedicellaria, the other arrow to a closed pedicellaria.  Can you tell which is which? 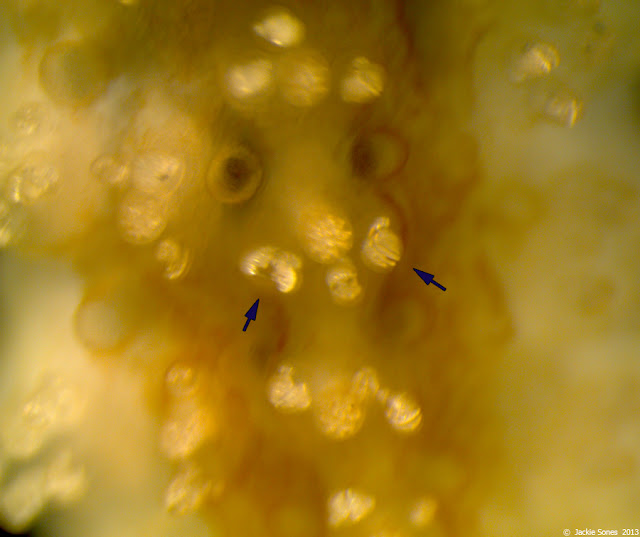 To make it easier to visualize, here's a drawing showing a single pedicellaria from the side. 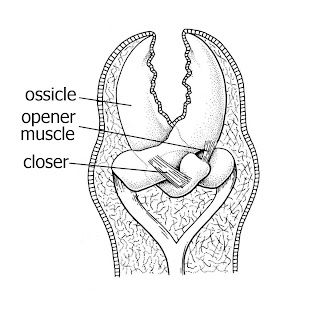 (Modified from Invertebrate Zoology by Ruppert and Barnes)

At the tip of each arm, there are dense clusters of spines and pedicellariae.  Remember, the spines are larger and rounded and the pedicellariae are smaller and pincer-like. 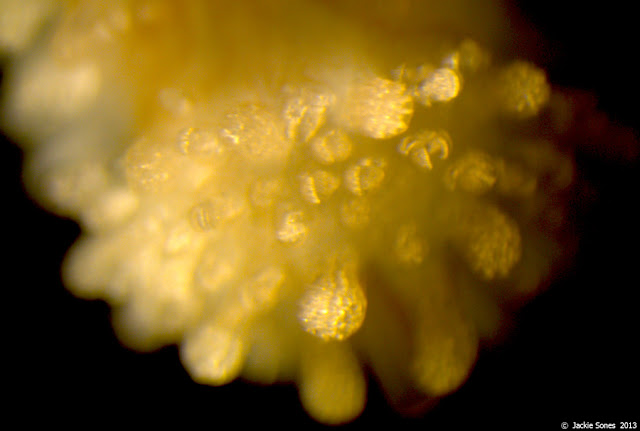 Although the pedicellariae are too small to harm people, I'm sure they're quite effective against smaller organisms.