Sometimes when you discover gelatinous bits washed up on the beach, it's hard to tell what animals they came from.  But other times, if you take a closer look at those mysterious bits of transparent "jelly," you might find structures that provide more clues.

Here are a few photos of a gelatinous animal we found washed up on Salmon Creek Beach on 23 March 2013.  It was roughly cylindrical and ~3 cm long. 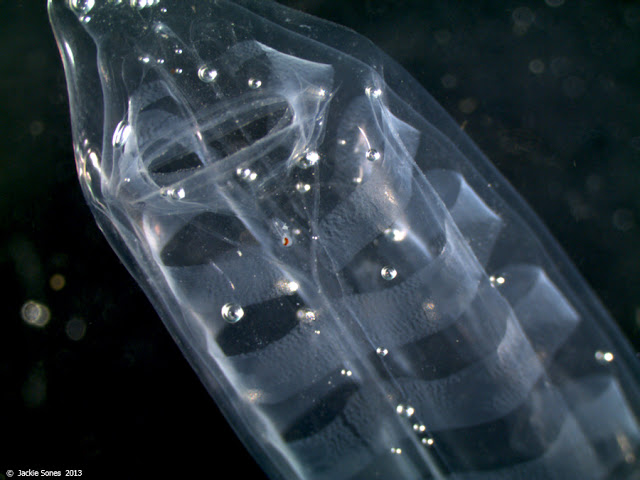 Under the microscope the dramatic ribbon-like muscle bands encircling the animal were quite prominent.

In the photo above, note the wide mouth near the top of the photo (see close-up below). 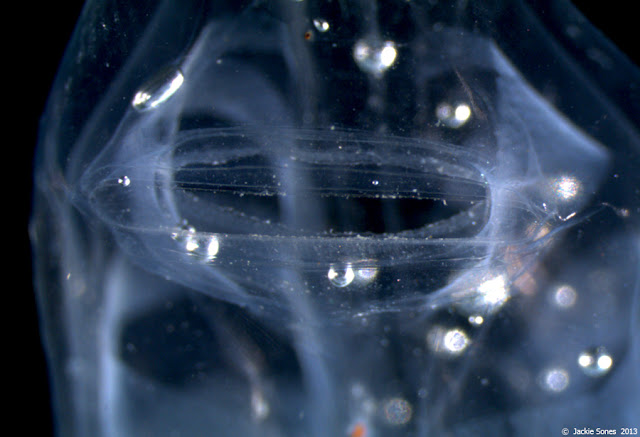 And the small reddish spot at the bottom of the "V" below the mouth.  I'm not 100% certain, but I think this is the brain/eye of this animal (again, see close-up in next image). 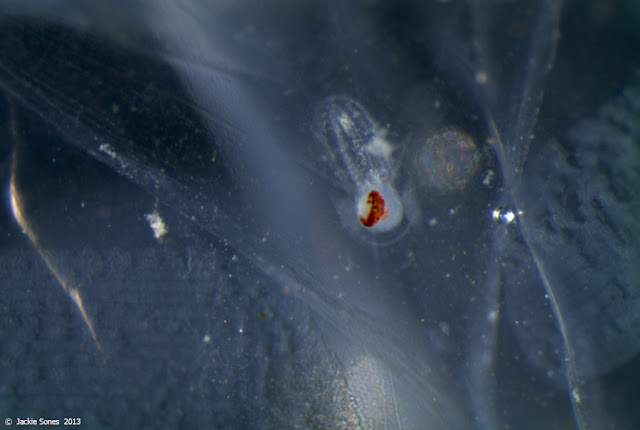 At the posterior or tail end, there was a pointed projection and a pale mass which is probably the gut.  Here are two slightly different views. 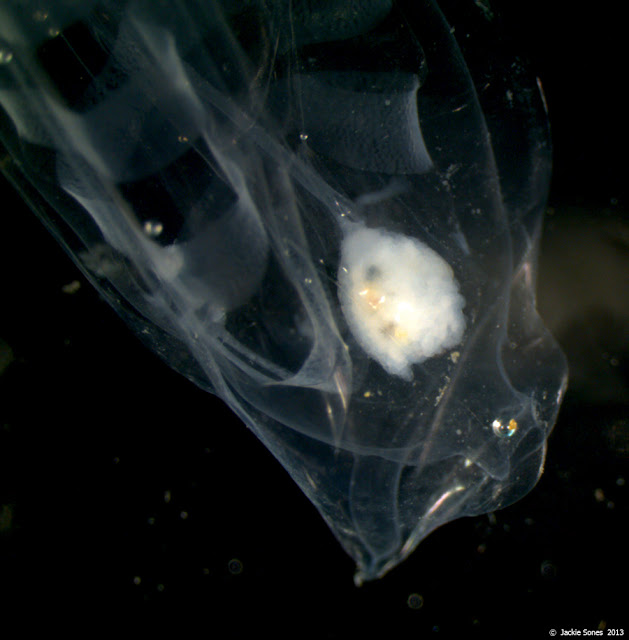 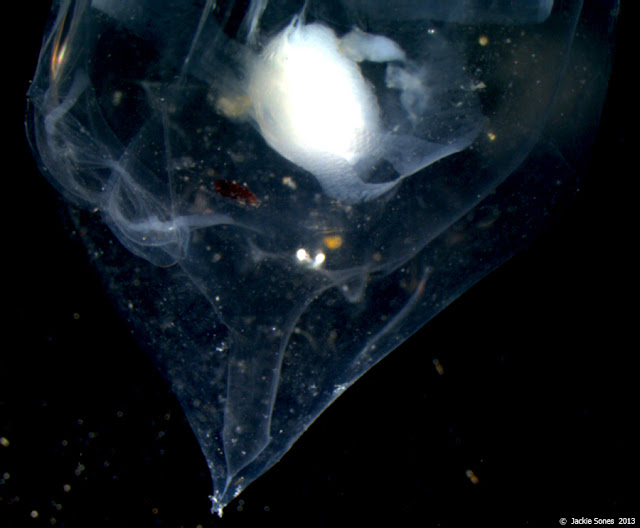 This is a type of pelagic tunicate called a salp.  Salps are much more common offshore.  They don't often wash up on beaches unless there are strong onshore winds.

Many of them are very strong swimmers, hence the well developed muscle bands.  The large slit-like mouth is the equivalent of a siphon.  It takes in water which, after passing through the body, is released out the back end.  This water current is used for jet propulsion, gas exchange, and feeding.  As the water flows through the barrel-shaped body, food is captured in sheets of mucous and ingested.

I don't have a lot of experience identifying local salps, but I think this could be Iasis zonaria.  I'll be sending out the photos for confirmation.

If you are having trouble envisioning the animal with all of these parts, here's a basic illustration with labels: 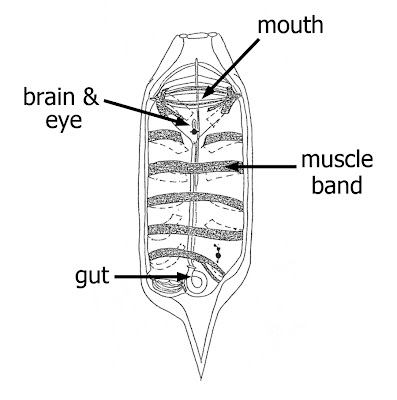 Modified from The Biology of Pelagic Tunicates (Bone 1998)

Earlier in March we found a solitary individual that was producing a chain.  I'm not sure if this is the same species as the one pictured above.  It's possible, but either way, it's still worth showing you what a salp chain looks like.  I hope you can make out that there are lots of tiny individuals all lined up next to each other.  If this salp hadn't washed up on the beach, eventually the chain would have been released and would have been free swimming in the ocean. 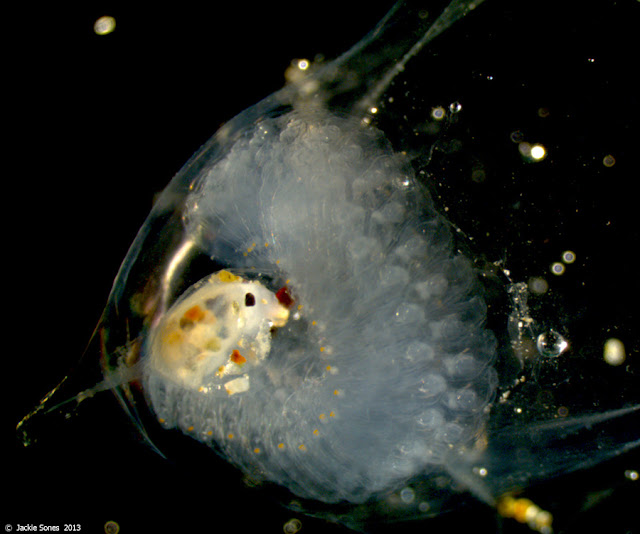 This seems to be a good time of year to find gelatinous animals on local beaches.  I'll feature a few more during the next few days.