During the past week Eric and I have had a remarkable experience with an amazing marine invertebrate.  Between us, we have nearly 50 years of experience with this group of animals (yikes, are we that old?!).  But on Sunday we found ourselves looking at a marine invertebrate that we couldn't even place in a phylum at first.  We would look at the animal, and then at each other, and then at the animal again...then we'd shake our heads...and then we'd start all over again.

We found this animal in a kelp holdfast washed up on Salmon Creek Beach on 17 March 2013.  I didn't take any pictures in the field, because it didn't look like much at the time.  But here's one of the first photos under the microscope.  This part of the animal was ~1 cm long. 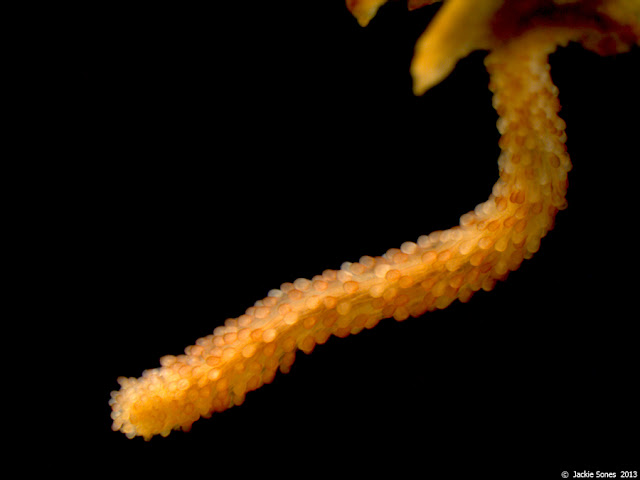 A closer view highlights the luminous array of tentacles covering the surface: 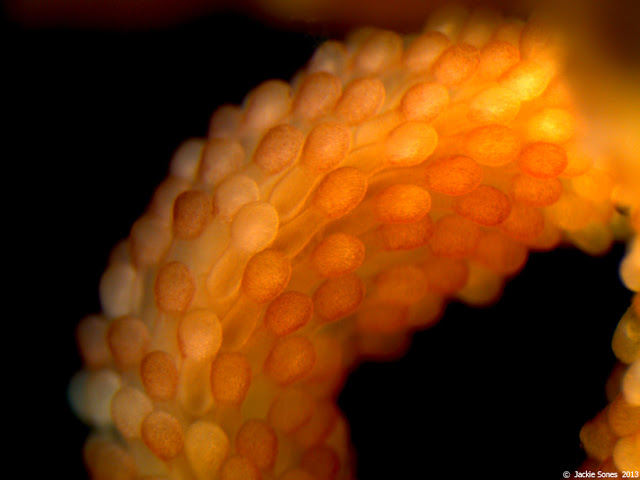 The base of the animal was quite puzzling (see below).  It makes more sense now that we know what it is, but initially we had a hard time identifying the different structures.  I'll let you see it as we did, before revealing the names of things.  The animal is attached to the kelp at the top of the image, but all of the other "alien" structures in the picture belong to the animal. 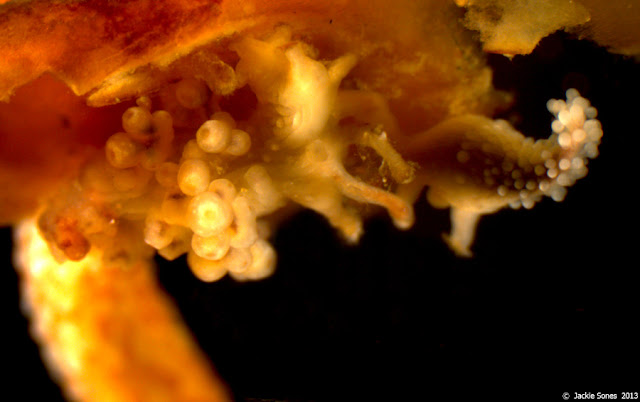 The next photograph shows the entire animal all at once. 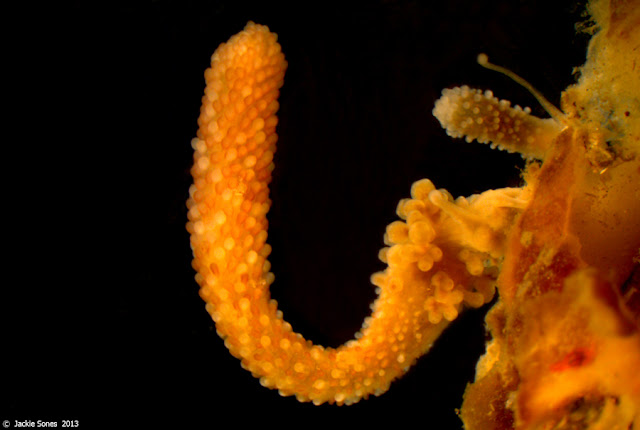 In the end, we decided this might be a cnidarian, related to sea anemones, corals, hydroids, and jellyfish.  So we sent the photographs off to a few experts.  Luckily, it turned out that one of them had described this species in 2001.  Thanks, Jeff, for helping us out!

This is a very unusual hydroid called Candelabrum fritchmanii.  It's only the second time this species has been recorded in California!  And the first time was by Cadet Hand, the founding director of the Bodega Marine Laboratory.  (He and Frank Gwilliam found three individuals in San Mateo County on a single day in 1950.)  Otherwise, it's only known from two sites in Oregon, so this is a rarely seen invertebrate.

To make it easier to understand, here's a diagram with the various parts labeled. 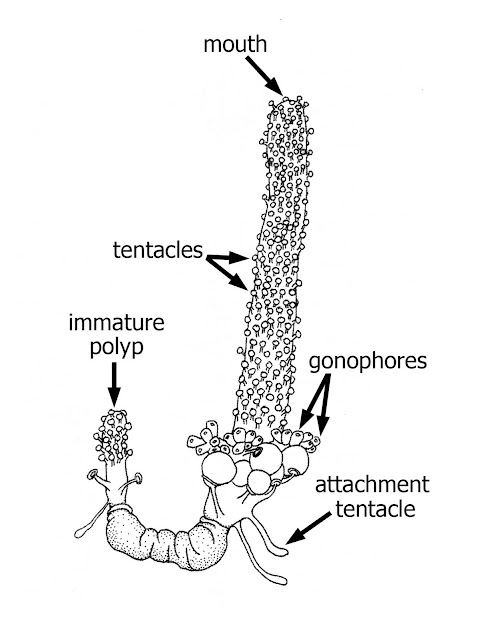 Modified from The Light & Smith Manual 2007

- The tall column is a mature polyp covered with capitate (globose) tentacles.  There is a mouth at the tip, but it's not visible in the photographs.


- The hydroid colony is attached to the substrate with tentacles at the base.

- The small, rounded, bud-like structures close to the base are gonophores — reproductive structures that will produce gametes.

- The small column is an immature polyp.  Below is a close-up and an illustration of a young polyp. 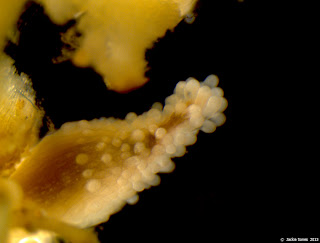 Not only is the form and appearance of this hydroid unexpected, but the behavior is even more so.  It's a highly active ensnaring predator.  More on that tomorrow night!

We feel very fortunate and humbled to have encountered such a rare and fascinating invertebrate and are excited to introduce you to Candelabrum. 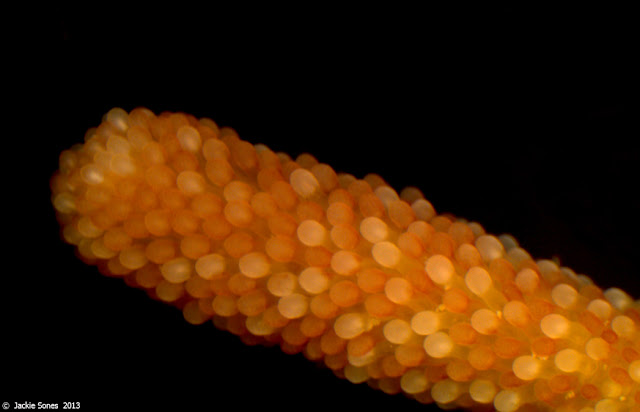 This is a remarkable find. You and Eric are incredibly observant.

WOW...just WOW. What a feeling to be constantly amazed by creatures in our wonderful world. Thank you for teaching me on a daily basis and reminding me that many treasures reveal themselves to those who take the time to observe. Forever grateful for the beauty of Earth (and the 2 of you!), AH

This truly "brightened" my day ;)