Soaring on the windward slopes

Last night, with a west well and an east wind, the gulls were actively soaring along the faces of the large breaking waves.  Although it was getting dark, I tried to take a few photos to document the behavior.

It reminded me of watching surfers or bodyboarders.  After riding one wave, the gulls would soar up and over and fly out to catch the next one.  (Flying out to the next wave is a little easier than paddling out!)

I couldn't decide which pictures to show, so here's a random assortment.  You can click on the images for larger versions, and to make it easier to see the gulls when they're camouflaged against the waves. 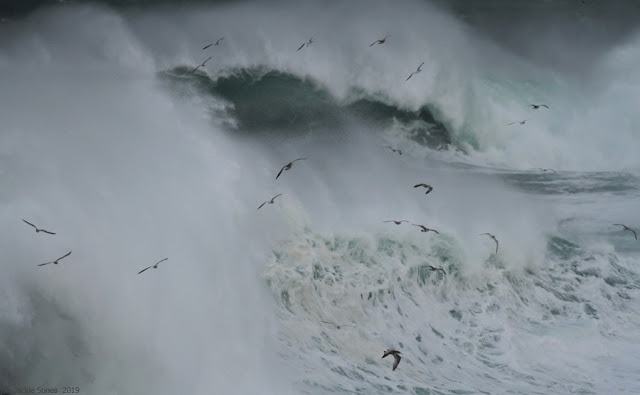 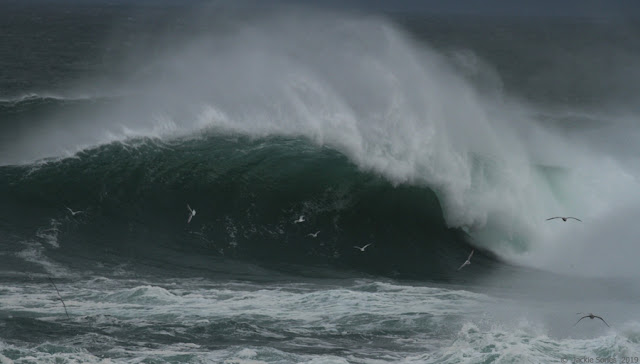 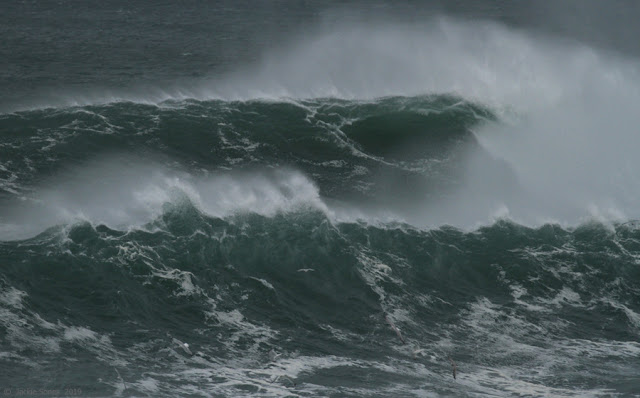 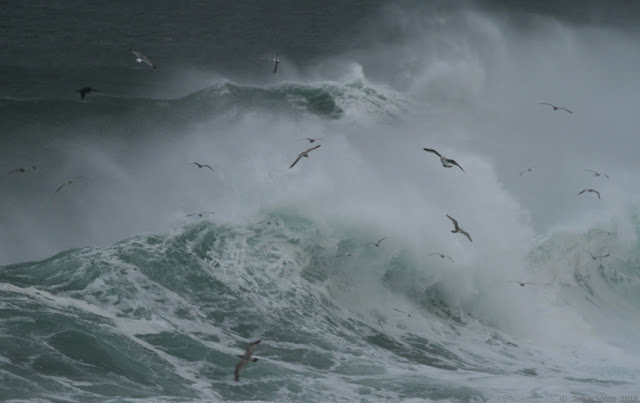 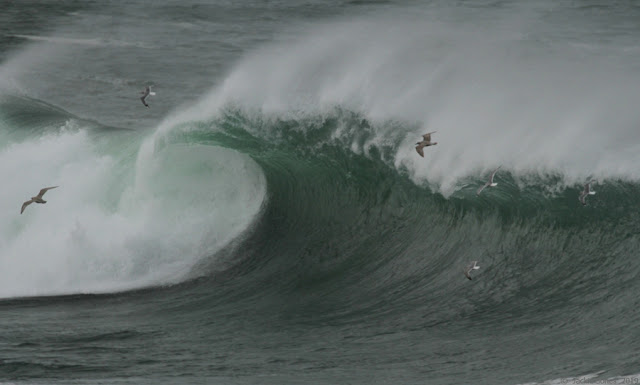 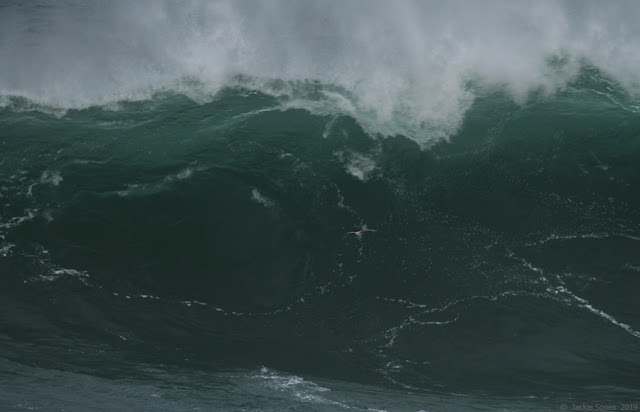 (The gull in the photo above is close to the center of the photo.  It looks quite small against a very large wave.) 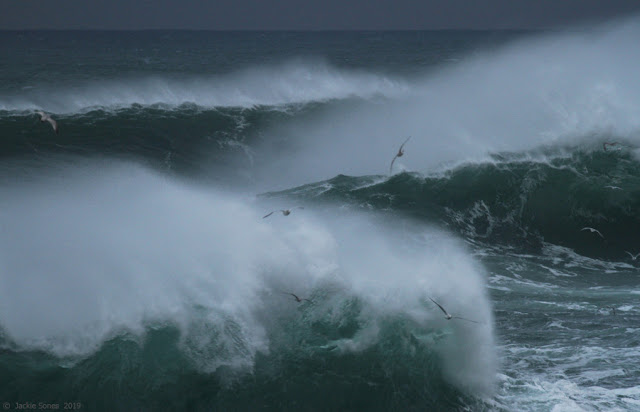 If you're wondering — there were several species of gulls involved in this behavior, but most of them were Mew Gulls (Larus canus).  Mew Gulls are one of the smaller gulls in this area, with wingspans of ~45 inches (114 cm): 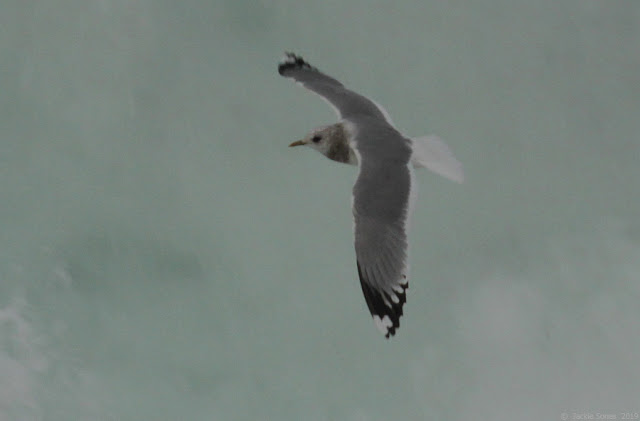 Beautiful and powerful. I especially love the chaos and apparent joy among the gulls in the 2st and 4th shots. Thanks for going out to look, no matter the weather. Thrilling to see through your photos.

What do you think, Jackie? Are they looking for food, or are they just compelled to be where the action is?

Hi, Kat! Thanks! I always appreciate an opportunity to try to capture the dynamic coastal conditions and the interactions between animals and weather. So inspiring!

Sue -- Good question! The gulls have been doing this off Bodega Head for a little while now (the past few weeks). At first I thought it might be food-related, so I went to look more closely to see what they were eating. Sometimes the gulls dip down to the surface. Occasionally I see them pick up something. But by far it appears that most of them are just taking advantage of the physical conditions...riding the waves towards shore, then peeling off and doing it over and over again. It's especially convincing to track individual gulls for a while -- back and forth and back and forth. So it's possible there's some feeding mixed in, but it looks to me like the gulls are primarily surfing, somewhat like ravens in updrafts along the bluffs.